“I had one mom who emailed her dissertation to her committee from the labor recovery room!” That’s what my (well-intentioned, lovely) midwife told me on three separate occasions. Her story joined what seem like infinite others about junior faculty nursing one-handed while typing with the other, new mothers trading the well-known “sleep while they sleep” advice for a few more minutes on their latest chapter draft, and generally trying (with mixed success) to keep from falling behind. Even in the semi-anonymous social networking spheres where academic mothers go for support, this academic version of the “supermom” seems to be tacitly accepted. 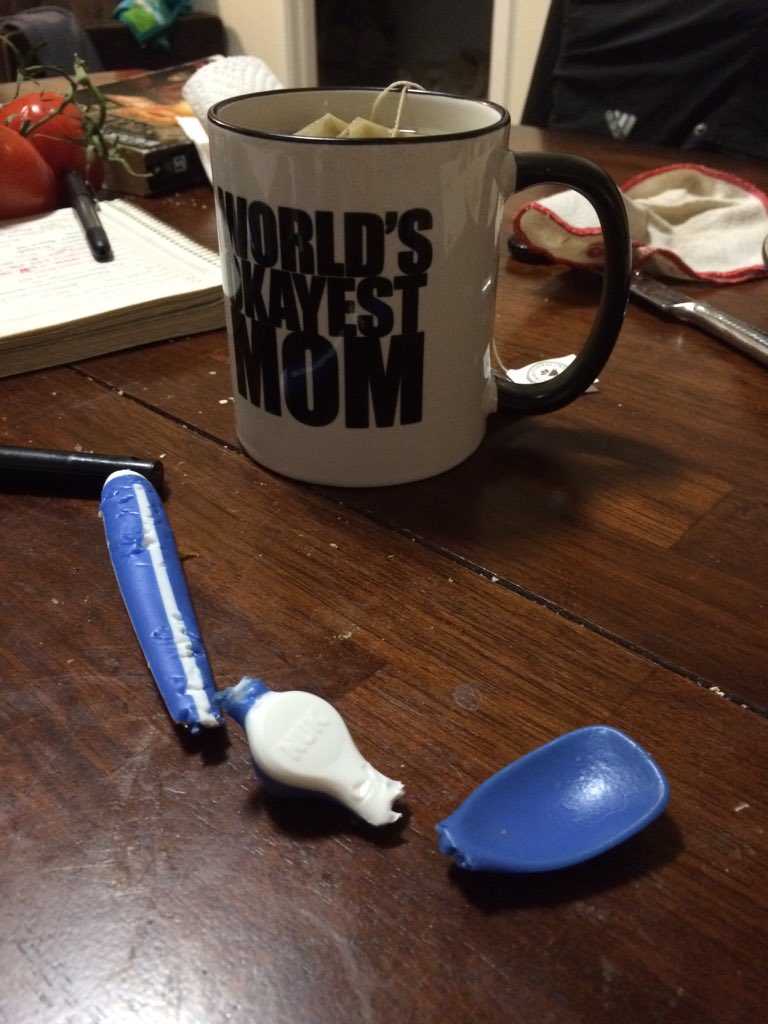 This is not to say that we aren’t all aware that the academic job market is structured in such a way that women are disproportionately penalized for having children (whether in inaccurate assumptions about productivity loss or in measures of productivity that disproportionately privilege childless academics and fathers), but it seems to be treated as an incontestable reality that no one can hope to effectively resist. You can, of course, drop out. Many do. Or you can push through and hope that you will be one of the lucky few who makes it anyway.

I was pretty stressed out about this choice a couple of weeks ago. I am close, very close, to being done with a dissertation draft that I think is good enough to actually defend. I am also close, very very close, to my due date for my second child. And that had resulted in the birth of my next child being my de facto deadline for the dissertation so that I can avoid the worst repercussions of productivity loss that are the reality of the first weeks (months) of labor-recovery-and-parenting-a-newborn. It would still be great if it works out that way, but if it doesn’t, you won’t find me sitting on a hospital cot emailing my committee. I do have an incredibly supportive adviser and committee, but it wasn’t their support that finally woke me to the ways I had internalized the oppressive dichotomy of super-aca-mom or failure. For that, I have to thank Victoria.

Victoria was in middle school when she had the baby that led me to recruit her for my Master’s research back in 2010. She was small-bodied and serious, and I struggled to establish rapport in our interview when I couldn’t get her to crack a smile. Speaking quietly but clearly, she told me that she never asked her mom for help at night when her new baby woke crying. Although she lived with her mother and sister, she did her utmost to avoid asking them for any help beyond what she needed to be able to continue attending school (for which there was no daycare, nor any support resources of any kind). She did not go out with friends. She studied and she raised her baby and she felt that she had ruined her own life.

She was, in some ways, the exception among the teen moms of my study. She was the youngest, not just chronologically (14), but socially (everyone else had at least started high school) and she had no age-mates who shared her experience. Although my other informants did not share Victoria’s sense of failure, they did share her desire to communicate how little help they sought or accepted and universally credited their new identities as mothers as inspiring a desire to complete (or in some cases, return to) school.

As I interviewed them, I became more and more disturbed by their sense of accountability for being successful students and mothers within a system that told them over and over again that they did not belong there, or anywhere. But, for all that they might have internalized responsibility for oppressive circumstances, they, like most young parents, found ways to resist, too. I was most impressed by a young woman who turned what her school likely wanted to be a “warning” roundtable of young parents into an opportunity to build solidarity and share success stories.

Building on the work of feminist social scientists concerned about similar dynamics since the 1980s, I attempted to translate all this into observations about “age and citizenship” in my Master’s thesis, and then used those observations to develop the research questions for my PhD. Mostly I thought of myself as leaving the public indignation for academics for whom political activism was a more central identity, but at some level, I also accepted those structures as a reality I could do little to change. When I became a parent myself, I thought often of my MA informants, but mostly while reflecting on my relative privilege: how much easier my age made it for me to request and accept help from my parents and in-laws, for example, and how much easier having a partner out of school and halfway through his career made it for me to balance professional and parent identities. I swore to myself I would resist social pressure to define my mothering through self-sacrifice and proudly bought myself a mug that read, “World’s Okayest Mom.”

Lately, as I reach the end of my second pregnancy, I find myself thinking again about the lessons I learned from my informants. Many of the challenges of transitioning from grad school to junior faculty are similar: at the top of the list are a promise that self-sacrifice is the only reasonable path to inhabiting a good academic position and the suggestion that lower productivity is a result of (poor) personal choices or irrational priorities. There is plenty of advice out there for new graduates on how to make the most of the competitive and generally crappy market, but little of it really challenges the ideologies of personal accountability for structural inequality. Which is where the lessons from my informants came in again. This time I want to honor their experiences by rejecting the implication that I can take credit for the privilege that led to my easier first experience of parenthood. I still have plenty of privilege, of course, notwithstanding my anxiety dreams about future productivity loss costing me a slim chance in a bad job market. But today, I reject the normalization of steady and undisrupted academic trajectory and embrace, at least temporarily, a new identity: “World’s Okayest Academic.”